🎁 Why not buy someone the gift of nature for Christmas with a gift membership! 🎄 →

Rewilding Diaries: An encounter with the mighty European Bison

Witnessing the comeback of this striking species up close

In my opinion, the European bison is one of the ultimate symbols of rewilding, because in places where they have been reintroduced, everything just feels wilder when you turn a corner on the trail. There's this excitement that suddenly there might be a bison there. And the sad, empty forest isn't so sad and empty anymore because this forest giant is back.

Reflecting on my first bison encounter

The bison is back. This is surely a reason to celebrate and showcase a species that's suffered such a tragic past. For anyone who's been lucky enough to witness them in the flesh, I'm sure you'll understand my giddiness for this an awe-inspiring species. But for those who haven't, I want to share more about my recent encounter with a herd of bison and also take a closer look at their unique story. From their historical decline to recent revival and the controversy surrounding reintroductions, the European Bison is taking a leading role in rewilding the landscape of present day Europe.

Introducing the Mighty Wisent (aka the European Bison)

This gentle giant (not to be confused with the auroch), who roamed the forests and grasslands of Europe for millennia, completely disappeared from the wild at the start of the 20th century. Now with the return of European wilderness the bison is making a comeback as well.

Their role as keystone species and ecosystem engineers have put them in high demand for rewilding projects and they are being reintroduced all over the continent. From their last known natural range in Poland all the way to the south of Spain and even to a lonely Danish island in the Baltic sea, these ambitious projects are helping this iconic animal find its place back in the landscape.

I wanted to see firsthand how the bison are settling into one of these rewilding projects so my friend Tom, and I hopped on a train and a ferry boat to the Danish island of Bornholm in the Baltic Sea, home to a small herd of bison.

Our first night camping out in the wild left us soaked to the bone but eagerly anticipating what we would find the next day. In the meantime, here's a bit about how the European bison compares to its American cousin and their impact on the landscape.

A journey to the Baltic to find bison

Many people are only familiar with the American Bison (Bison bison or colloquially known as Buffalo) which in fact is very similar to its European cousin (Bison bonasus). However, the American bison is on average slightly heavier and favours grazing while the european bison is slightly taller. In addition to grazing, it also browses trees and shrubs.

These animals are really impressive, an adult male can measure up to 2.9 metres in length, about 1.9 metres in height, weighing about 800 kilos. However, it is the comparatively smaller females that lead the herd by deciding where to graze with males having more of a satellite position focused on protection.

Do you want to have a direct impact on climate change? Sir David Attenborough said the best thing we can do is to rewild the planet. So we run reforestation and rewilding programs across the globe to restore wild ecosystems and capture carbon.

The Role of the European Bison

Believe it or not, the role they play in their ecosystem dwarfs even their size.

As keystone species and ecosystem engineers, they create habitats for a variety of species by browsing, grazing, trampling and rolling on the ground and the undergrowth, as well as debarking and knocking down trees and of course the sheer scale of their dung.

All of this activity allows for pioneer plants to settle in the newly opened areas creating a biodiversity-rich mosaic of habitats for various grasses and flowers, insects, small mammals, birds and even other grazers.

As me and Tom made our way into the 200ha enclosure many of these impacts were visible and then a thought popped into my head: what are bison doing here in the middle of the Baltic? So I think it is time we answer that question by looking at the bizarre history of this species.

Tracking down the first signs of bison

The History of the Bison

Based on archaeological evidence, we know that their historic range went from the north of Spain all the way to Western Siberia. Their initial population numbers are not known as they were gradually wiped out over millennia by human presence and changes in the climate, but based on their large range, it's estimated to have been in the 100s of thousands at a minimum.

They were around in Roman times but by the 15th century Bison had disappeared from much of their range. At the start of the 20th century, only 2 populations remained - one in Białowieża and another in the Northern part of the Caucasus mountains. In Białowieża they managed to survive due to the protection of the grand dukes and kings of the Polish-Lithuanian commonwealth and later by the Russian tsars. This was not a particularly self-less endeavour, they simply loved to hunt them and prohibited anyone else from doing so. In the Caucasus mountains, they probably survived due to the sheer remoteness of the population there.

Then during World War 1, German troops shot 600 bison in Białowieża and they verged on the brink of extinction. The last wild Polish bison was killed in 1921 and the last wild bison in western Caucasus was killed in 1927 making the species extinct in the wild. At this point, there were about 50 individuals left scattered across various zoos.

It could be said the recovery effort began with the International Society for the Preservation of the Wisent, which was founded in 1923. Over the years this organisation had some dubious patrons such as Herman Göring, the second most powerful man in Hitler’s Nazi Germany. These initial efforts helped start a breeding programme and led to the creation of the European Bison Pedigree Book, which has tracked every living European Bison since then.

However, the real recovery story is a Polish one. In 1952 after the success of the breeding programme, the first two bison were released back into the wild forests of Białowieża. Ever since the herd has steadily grown in size. By the start of this century, their numbers had only climbed to about 2,800 individuals. Compare that with the recovery of the American bison to about 500,000 and it puts it into perspective.

Renewed interest in the species has meant growth rates of the overall population have increased to about 15% per year. This has been accomplished above all in Poland but also by a network of small ambitious projects which receive Polish bison to start their own semi-wild herds. To date, they have been reintroduced to about 20 countries. This is how they eventually got to an island in the Baltic sea.

When we asked bison expert Yvonne Kemp, Lead Ecologist at the European Bison Conservation Center of Spain, for a picture of current populations she mentioned how in 2020, the European bison moved from Vulnerable to Near Threatened on the IUCN Red List of Threatened Species, an indication it's doing better. She also explained that the current population size is expected to reach 10,000. There were some large herds present in Ukraine, Chernobyl being one of the places, so it's unclear what exactly has happened to them there. It's thought that close to 7,000 of the overall population are living in nature (free or semi-free).

It's places just like Bornholm in Denmark that are the example of how the European bison is being brought back through a network of well linked small scale projects. And these small scale projects do more than just help spread the bison, they can help educate people and get them excited about wilderness coming back.

And after a bit more searching we finally spotted something in between the trees. It was really impressive to see this big animal simply standing there in the forest. I think the image doesn’t do justice to their size which is quite intimidating and then led me to think hang on, am I in danger?

Understandably, this question is one of the most common concerns about bison reintroductions in Europe. Rather than rely on an assortment of hearsay or sensationalised media reports on human-bison encounters, let’s try and answer that by looking at some research.

A paper published by polish researchers tested how the bison would react to human approach and also gathered data on the various cases of conflict between humans and bison through interviews. Their first experiment was to approach the bison and measure their 'flight initiation distance'. This is the distance at which bison react to humans by running away. The mean distance for this was 77±46 m which is a pretty wide range. However, the mean critical distance of attacks was 21±2 m which is much narrower. They also noted that most attacks took the form of a short chase preceded by warning signs. Goring was observed in only 26% of those attacks and resulted in no fatalities.

The overarching conclusion for me is simple, keep your distance and you will be fine. In Bornholm, they recommended 100m which makes sense.

What lies in the future for bison?

The first natural place for the bison to expand to are the larger national parks and protected areas that are found within their historic range. A great example is a project run by Rewilding Europe and WWF Romania in the Southern Carpathians, where since 2014 they reintroduced 80 bison which have grown to more than 100 individuals in 2022. In the same region, our partners Foundation Conservation Carpathia, have started a herd in the Fagaras mountains, in the area of our healing clear-cuts reforestation project in the Southern Carpathians, with the ambition of creating a large wild population there as well.

There are many other similar places in their range and this is where we can expect to see large herds with significant numbers. But what about the other smaller areas in Germany, The Netherlands, Denmark or Spain? This is where our work with Yvonne comes in.

Here at Mossy Earth, we have a small project in which we sponsored some equipment to help monitor bison reintroductions in Spain. By understanding how the bison behave, we hope this data will help future reintroductions but also help in the bigger quest of figuring out how the bison can fit into the human landscape.

The same applies to the area I visited in Bornholm where they are undergoing a trial period to understand whether they can remove the fences from the current enclosure.

Back in Bornholm myself and Tom eventually found the majority of the herd. Along the way we saw broken trees, dung and plenty of open meadows, the classical signs of bison doing their thing. We even got to see these little birds pick parasites from their fur.

As the biggest wild animal in Europe, their impact as ecosystem engineers is beyond impressive - a reason to be proud of the efforts to restore bison so far. But we will have to see how far, we as humans, will let them come back into their role. 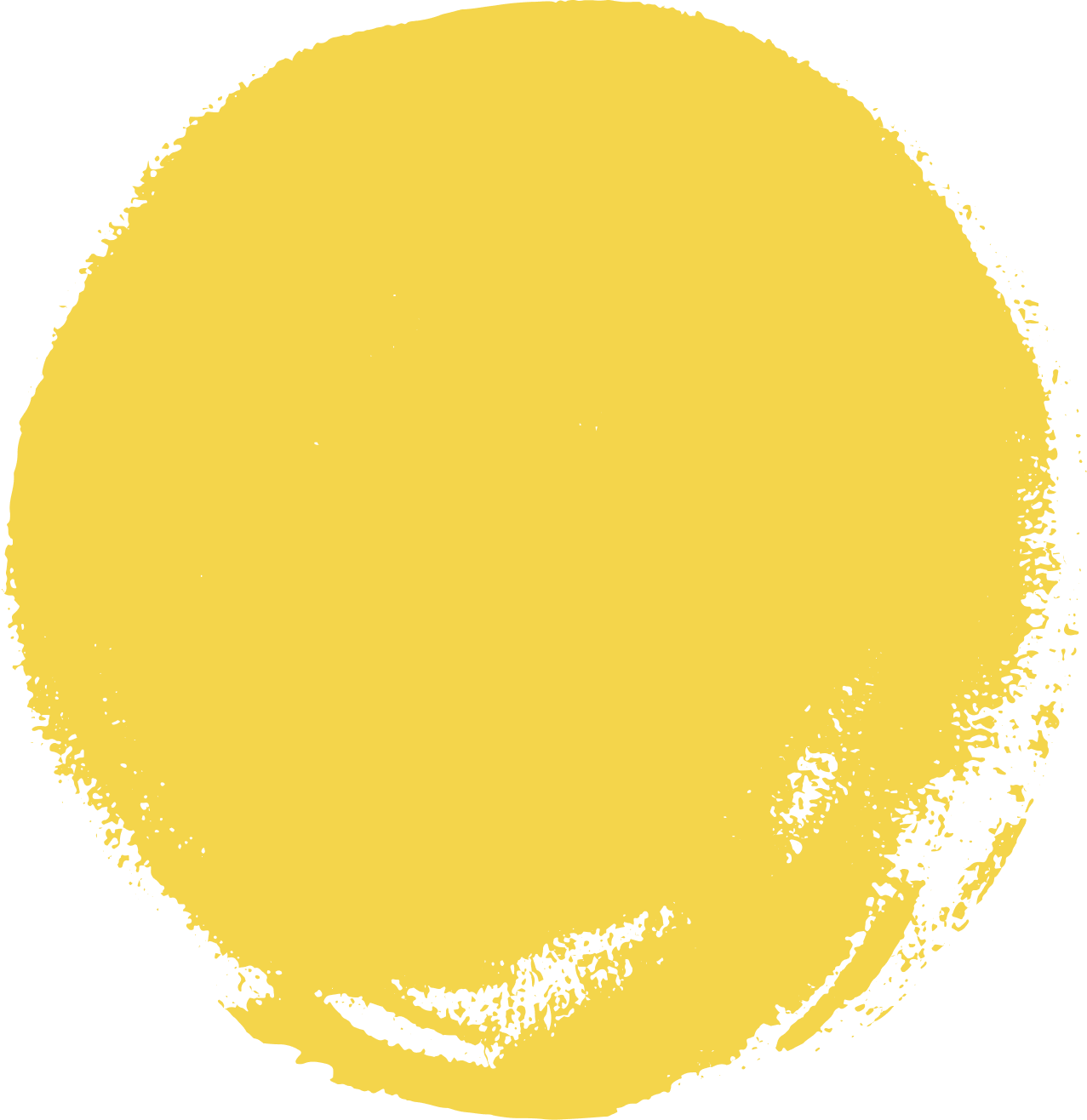 Bison on the island of Bornholm in the Baltic Sea & at Mossy Earth's rewilding project in Southern Spain.

Rewilding Diaries: An encounter with the mighty European Bison

Why we need forests to save the Scottish Salmon